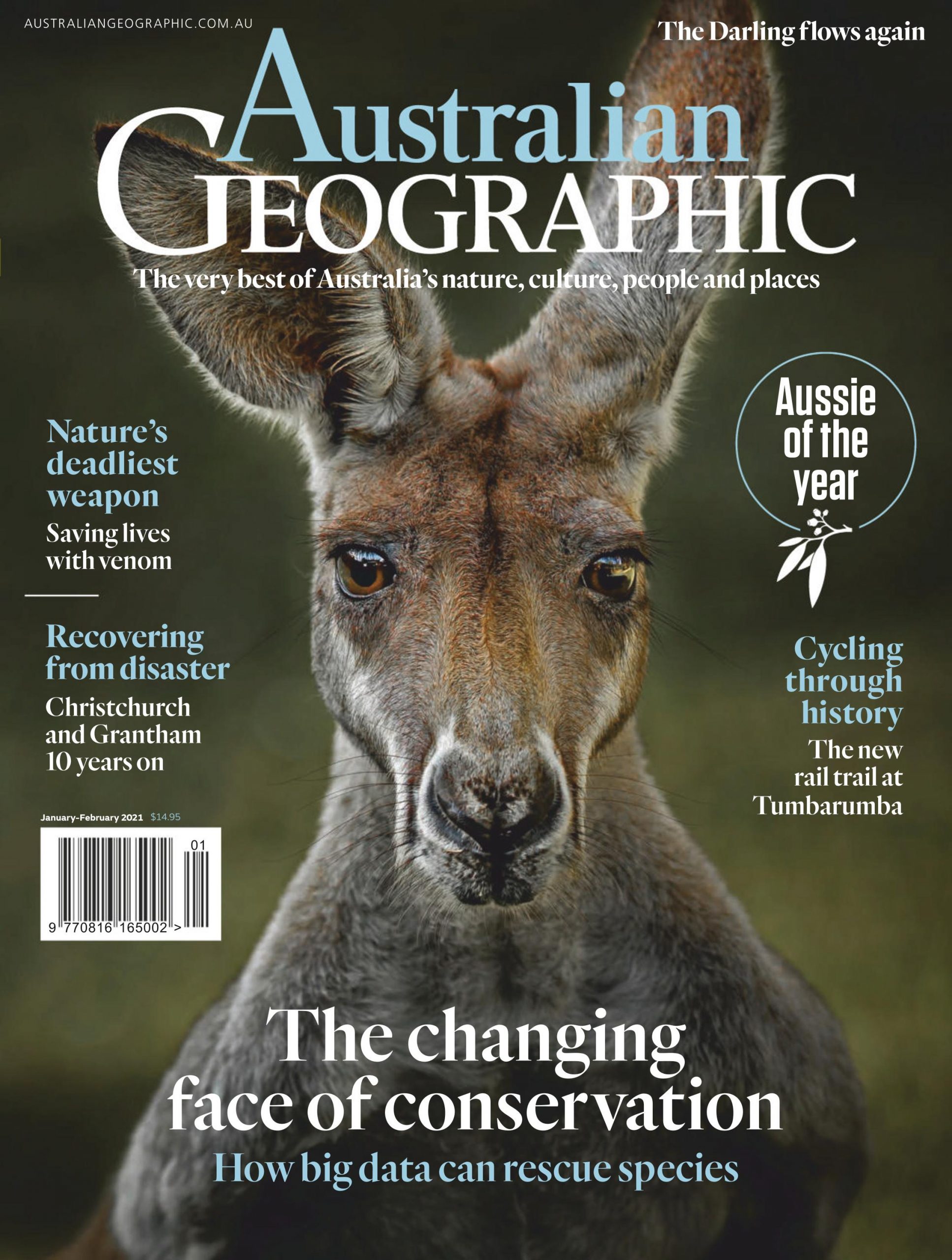 One of our major Framework Initiative Projects, The Threatened Species Initiative (TSI), made the front cover of Australian Geographic for their January/February issue.

The article highlights how genetic data is helping to reveal much about the evolution of Australia’s largely unique fauna, and discusses TSI’s aims to generate genomes and subsequent population genetic data for Australia’s key threatened species and make them publicly available and usable by anyone in science. These genomic resources will provide the map required to understand every gene involved in how an organism looks, behaves, responds to disease, copes with climate stress, and more.

However, of the 200 national vertebrate recovery plans, more than 80% have a genetic action, yet less than 15% are using genetic data in their management actions. The discrepancy is due to a critical gap between the production of genomic data and the conservation managers being able to use it, creating a major impediment to our success in conserving biodiversity. To bridge this gap, TSI is partnering with Amazon Web Services to develop a one-stop-shop that integrates conservation genomics tools & disparate reference datasets with high performance computers & major data storage facilities to enable investigation of species genetic diversity, function & evolutionary potential of populations.

This platform will open up a new field of inquiry, enabling the broader research & conservation communities to ask questions they can’t feasibly ask now. It will open conservation genomics to a new array of researchers who understand the systems they work on, but do not have the technical capacity to properly answer their questions. They will be able to quantify the likely success in averting extinction of one management action compared to another, all of which is not possible in most cases under current conditions.

“I think we are really now at a point in time in biology where we have all this amazing technology around to create a conservation legacy for Australia’s threatened species,” Dr Carolyn Hogg, Research Manager of the Australasian Wildlife Genomics Group at the University of Sydney said. “And I truly believe that’s what we have just embarked on.”

The Threatened Species Initiative is a collaborative project co-led by Dr Carolyn Hogg (The University of Sydney), Dr Kym Ottewell (Western Australia Department of Biodiversity, Conservation and Attractions) and Dr Peter Latch (Australian Department of Agriculture, Water and the Environment).